I spent an extended weekend in South Africa for the Cape Town Jazz Festival last March. This video was shot during one day. It features penguins, a hotel pool and a funicular. Enjoy.
Hastily posted by Cult of SOC at 1:04 AM No comments:


From the mid 1970s until the late 1980s, Sammy Figueroa was the go-to man when pop radio needed a Latin percussionist. His upbeat thump propelled hits for Whitney Houston, Chic, Sister Sledge and David Bowie. Twenty years ago, after hundreds of recording sessions, he left New York, the city of his birth, for Miami, a city close to his Puerto Rican roots. He set out to relax and breathe in the ocean air. What he didn’t realize was his attempt at retirement would turn into the busiest and most personally satisfying years of his career, with his first foray into band-leading, two Grammy nominations and a weekly radio show on Miami’s jazz station WDNA. But it was behind the counter of a record store that Figueroa got his first break.

Figueroa worked at the Sam Goody near Rockefeller Center where he flexed his jazz knowledge for any customer looking for something new. “I met Herbie Mann while I was working there. He would come in once a week and he took a liking to me cause I was always turning him on to new stuff. Herbie one day, after like the ninth visit said ‘hey kid, do you play anything?’” Figueroa’s confident answer became the turning point in his life.

After a jam session that night, Mann immediately hired him, personally informed Sam Goody management that Figueroa would not be returning and whisked him off to Montreux. Over two weeks, he performed with Mann, guitarist John McLaughlin and the Average White Band, all of whom employed him for studio and road work but it was a late night phone call back in the US that put him touch with one of his biggest idols.

“I get a call at 2 in the morning in New York at my apartment. This guy calls me up and says ‘hey! It’s Miles Davis’ and I go ‘who the fuck is this?’ ‘Motherfucker, this is Miles Davis.” I said “fuck you” and I hung up and went back to bed. The phone rings ten minutes later and he goes ‘if you hang up on me again I’m going to find you and I’m going to kick your ass.’ I said ‘I gotta get up in the morning’ and I hung up again. Fifteen minutes later a voice comes on and says “Sammy. I’m sorry to wake you up. This is Teo Macero and you just hung up twice on Miles.” It was the first time everything in my body cringed. I couldn’t even breathe.”

Quickly convinced, Figueroa got dressed and headed down to the studio. “I said ‘Mr. Davis, I’m so sorry’ and he punched me in the stomach. He punched me so hard I nearly fell on the floor. I reacted to it so I punched him. My adrenaline went up to my brain and I lost it for a moment. I was still half asleep. He fell down and he had a little blood trickling from his lip. What did I just do? Is this a nightmare? The only thing that came to mind was that I’ll go home and this never happened.”

Much to Figueroa’s surprise, Davis was impressed by his punch. They opted not to record that night and went to the movies in the wee hours of the morning. “From that day on, I did the record Man With The Horn, I went on tour with him. I was with Miles for 8 years.”

Not long after Davis’ passing, Figueroa made the move south but the lure of the stage was too much for him and he began to play regularly, eventually putting together his aptly-named band the Latin Jazz Explosion with help from his producer Rachel Faro. Their partnership has resulted in four albums including the most recent release Talisman, a collaboration with Brazilian vocalist Glaucia Nasser and featuring guitarist Chico Pinheiro. The result is a departure from his more party-driven previous records, relying on the mellower vibes that meet somewhere off the coast of the Southwestern shores of the Atlantic Ocean.

“When I was living in New York, there were a couple stations that kept asking when are you going to do your record? I didn’t feel I was ready to do an album on my own,” says Figueroa. “I didn’t know what the responsibility was in becoming a leader. I feel like I became a superintendent of a building. When something broke, I had to fix it and I hated it. I got so used to being the musician with no responsibility in that sense. I would get paid and leave. It took awhile to get used to it but I’ve become a leader. Now I don’t want to go back to the way it was.”

Sammy Figueroa @ DownBeat
Hastily posted by Cult of SOC at 1:00 AM No comments: 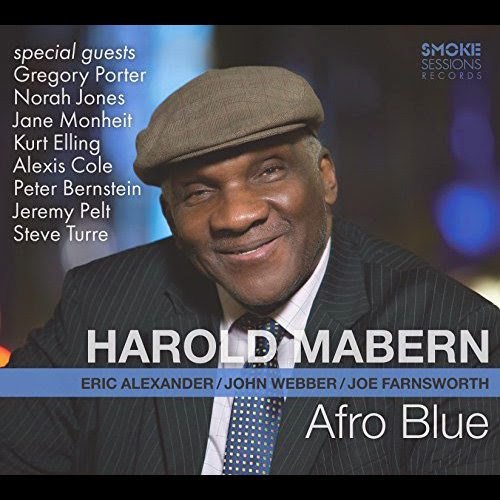 While a majority of the Smoke Sessions Records releases have been recorded live at the Smoke Jazz Club in Harlem, pianist Harold Mabern's first for the fairly new label was not. The heavyweight vocal lineup includes Kurt Elling and Jane Monheit but alas they did not all crowd the stage for a swingin' affair. Instead, this disc is the result of two days in a recording studio with each guest performing on a couple of tunes before relinquishing the microphone to the next headlining vocalist. The band feels restrained and often the arrangements don't feel challenging enough but throughout Mabern's piano is strong.

If the title of this album is based on its best track, then Mabern made the right choice. Gregory Porter is the guest vocalist for "Afro Blue," summoning a rich baritone over relentless punches from drummer Joe Farnsworth. The drums don't shine any brighter than on this track. They are unhinged and driving, serving as great inspiration for Eric Alexander's breathless tenor solo. The rest of the album never approaches the joyous intensity of Mabern's persistent riff and Farnsworth's attention-grabbing fills. An instrumental version of Steely Dan's "Do It Again" holds a little too closely to the original, while "You Needed Me" features gospel richness from Mabern and a poppy horn riff that results in a little too much "lite" sound.

Harold Mabern @ DownBeat
Hastily posted by Cult of SOC at 12:49 AM No comments: 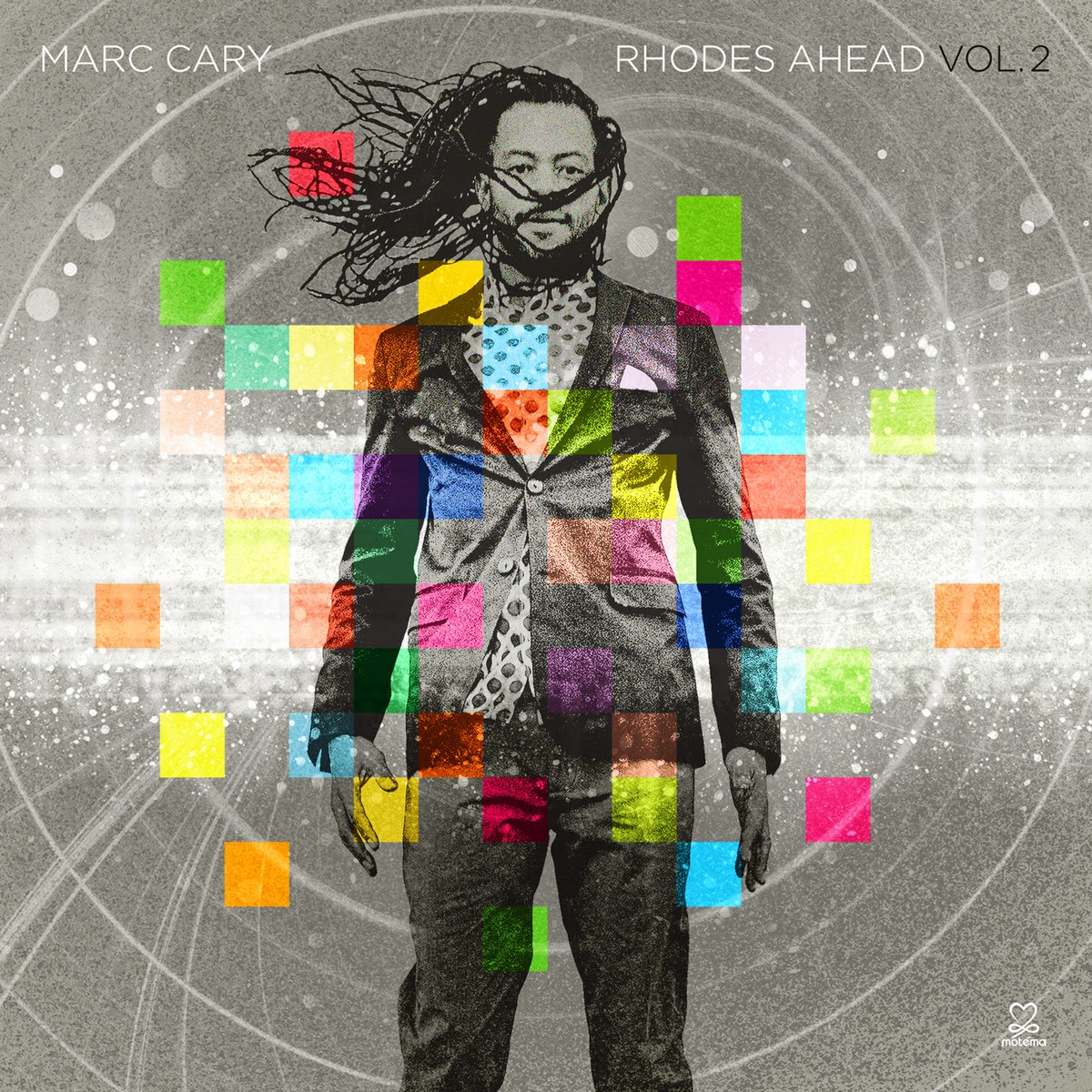 Keyboardist Marc Cary fills a whole power strip for his return to the chill-out tent. Aside from the Fender Rhodes, Cary employs a Hammond organ, an Access Virus synthesizer and a laptop to create his swirling sequel. Volume 1 of this project surfaced late in the last century and a lot of this follow-up feels like a snapshot of that same scene, untouched by changes to electronic music. Cary wrote or co-wrote most of the tunes, but the album's first full track is a driving take on Harold Mabern's "Beehive." Trumpeter Igmar Thomas drills a vibrant solo over drummer Terreon Gully's frenetic punches and Gully's fisticuffs work hard throughout, filling in the spaces with plenty of double-time kit work. Cary's "Eassaouira Walks" hinges on a repetitive Rhodes phrase, each note precisely pounded out. On his solo, a flock of electronic chatter hovers while Cary unleashes pentatonic inversions up and down the board, a common soloing feature. Cary's propulsive sound on "African Market" gets a boost from a vocoder and a bag of percussion jangled by Daniel Moreno. For a while, he harkens back to a more Stevie Wonder/Bernie Worrell funk that has a loping charm. Album closer, "The Alchemist's Notes" features an organic feel with an impassioned spoken word performance from Sharif Simmons. Seven minutes before the end, the band finally feels relaxed, floating in the trip-hop ether.

Marc Cary @ DownBeat
Hastily posted by Cult of SOC at 12:37 AM No comments: 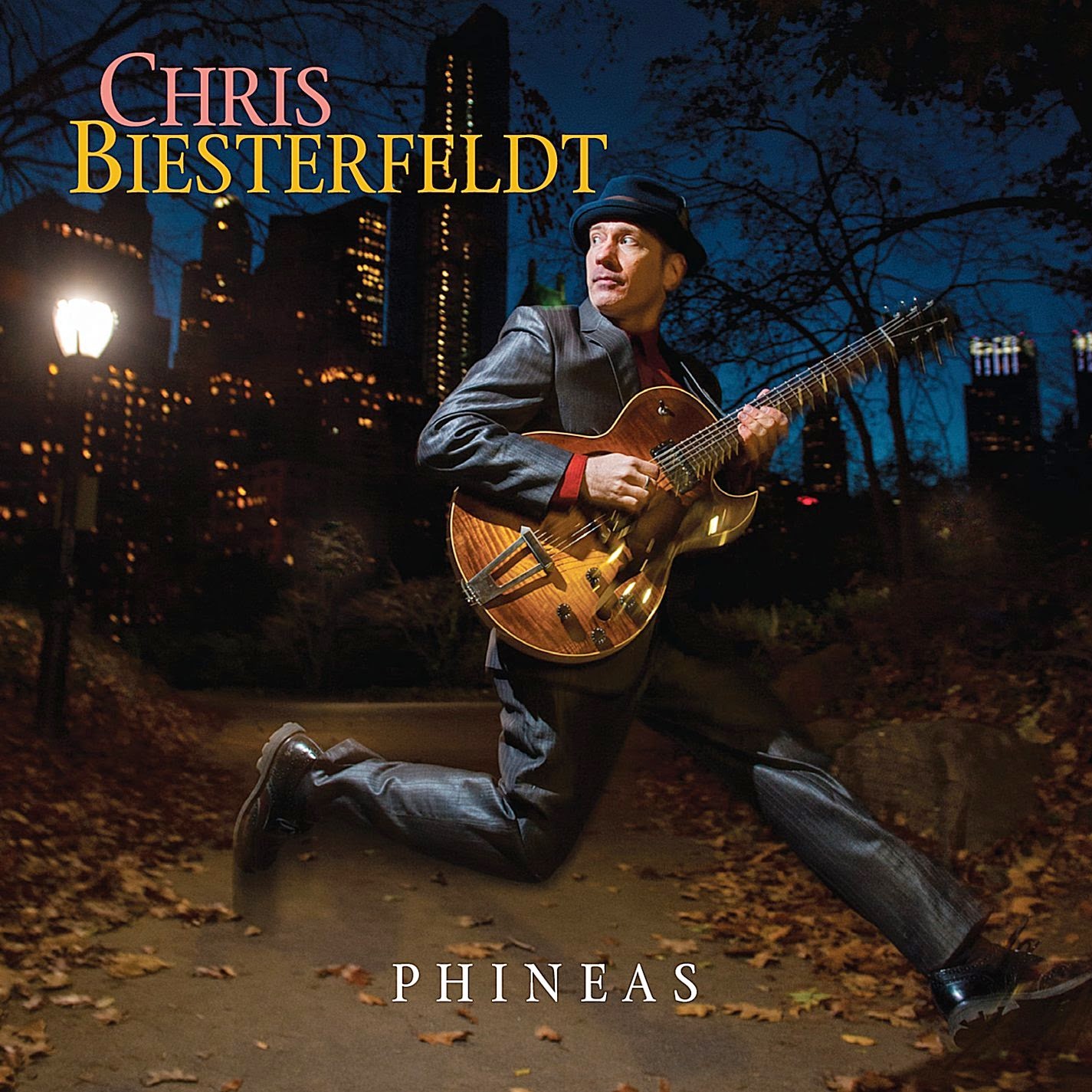 Pianist Phineas Newborn Jr died over 25 years ago, destitute and under-recorded at the age of 57. In his prime, he was one of the most technically gifted pianists to swing a trio. His legacy lives on in the seemingly impossible two-handed runs captured on such albums as We Three (1958) and The Newborn Touch (1964) but he has never been held in as high regard as other nimble pianists like Art Tatum and Oscar Peterson. Guitarist Chris Biesterfeldt is doing his part to keep Newborn in the conversation.

Completing the trio of challenging last names is upright bassist Matthew Rybicki and drummer Jared Schonig. The band doesn't aim to replicate or overtake the Newborn songbook, instead using his recordings as loose source material for their funky forays. Like Tatum and Peterson, Newborn was a gifted interpreter. Thus only three songs on the album are penned by him, with the bulk of the material coming from other notable jazzmen. "Cookin' At the Continental" burns with a breathless solo from Biesterfeldt that covers the full range of the instrument. A confident and straight-ahead "Juicy Lucy" features a solo from Rybicki that is patient and wonderfully disjointed. "Manteca," a tune that Newborn positively demolishes on A World Of Piano! with Paul Chambers and Philly Joe Jones, is taken in a different direction. Instead of the manic bombast that marks the Newborn version, Biesterfeldt goes for a swinging chicken scratch that culminates in a popping solo from Schonig over the tune's introductory riff. Throughout the recording, Biesterfeldt attacks each tune with a madman's spirit, bouncing from chords and single lines at the speed of light. This album stands on its own as an invigorating trio recording while paying homage to one of the undersung greats of jazz.

Chris Biesterfeldt @ DownBeat
Hastily posted by Cult of SOC at 12:29 AM No comments: