Photograph courtesy facebook.com
Inglewood native Kamasi Washington has released two EPs and collaborated with a range of greats, from nonagenarian trumpeter Gerald Wilson to hip-hop star Snoop Lion. Still, the 33-year-old saxophonist calls his upcoming album “debut-ish.” Clocking in at 171 minutes, The Epic, dropping this summer, filters Coltrane-inspired sheets of sound through electrified beats. To record it, Washington led a Noah’s ark of musicians—two keyboardists, two drummers, two bassists—through a month of studio sessions, amassing more than 200 hours of material. “When I finally narrowed it down to 17 songs, it felt like one piece of work,” he says. “To spread these recordings out would be like splitting up a family.” Part of a youthful L.A. jazz scene that orbits around producer Flying Lotus and his Brainfeeder imprint, Washington continues to hone his sound playing with the West Coast Get Down, the label’s “house band” (see below). For those unfamiliar with the roar of his horn, the residency and the record are a welcome introduction.

The Boys In The Band

Cameron GravesOne half of the soulful Graves Brothers, the keyboardist is known for his dexterity and intuitive harmonies.

Miles MosleyChanneling the ghost of Jimi Hendrix, he works an upright bass like it’s an electric guitar.

Tony AustinThough his drumming has a forceful backbeat, it also displays an impeccable sense of swing. 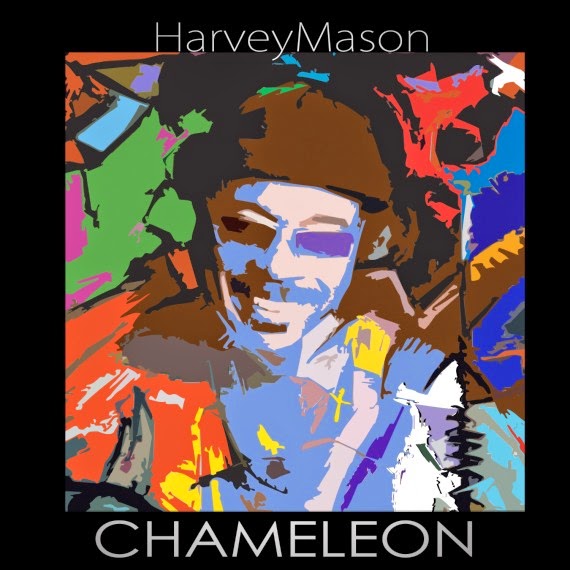 Growing up in Los Angeles in the '90s, Herbie Hancock's 1973 album Head Hunters was required listening.  Drummer Harvey Mason provided the groundwork for many after-school jams.  His simmering grooves have been mimicked but unsurpassed for more than 40 years. Here, over the course of 10 tracks, he revisits just a handful of the hundreds of seminal recordings he played on, employing a band scattered with confident young guns.

Bookending the record are a couple of Angeleno saxophonists who spent a fair amount of their high school days unlocking the secrest of Mason's backbeat.  Kamasi Washing is the first up, bellowing on Grover Washington Jr.'s "Black Frost." His soulful declarations trill over Mason's swagger before giving way to strained, unhinged squalls.  Keyboardist Kris Bowers pokes and prods with synthesized support. It is the peak of raw dexterity as the record is draped in a studio sheen that is occasionally blinding.

Bowers and Washington return for Patrice Rushen's "Before the Dawn," which boasts a languid sway enlivened by a Rhodes solo from Bowers that brightens the room.  Tenor saxophonist Ben Wendel closes out the recording with the self-titled track. No pressure, right? He serves it respectfully, building on short phrases as the band rises behind him in a sea of cymbals and shakers.

The original recordings are not suprassed here. Mason's arc from funk to fusion is succinctly charted, but this album would have been more interesting and challenging if his young bandmates had brought Mason's experience to their songbook.

Harvey Mason @ DownBeat
Hastily posted by Cult of SOC at 9:11 PM No comments: 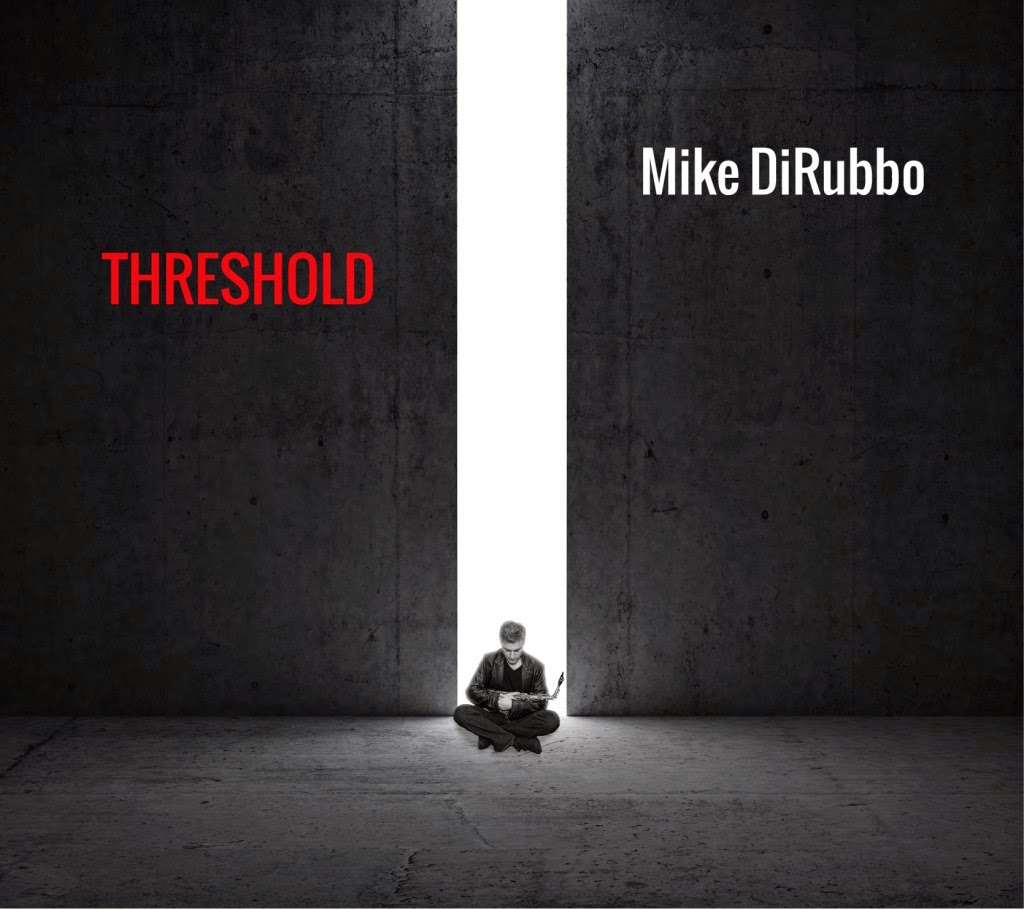 It is unclear what threshold alto saxophonist Mike DiRubbo and his band are crossing over for this recording.  It's a meaty, well-executed acoustic performance of driving post-bop that recalls the finest of '60s tenomen like Wayne Shorter and Hank Mobley.  It is technically spot-on and grooving but it does not feel as though the titular threshold leads to the future.  Instead the band embraces a high-energy, old-school aesthetic.  DiRubbo has a strong, seductive tone on his alto.  In lieu of the more shrill corners of the instrument, he explores its dense, romantic capabilities. He rifles off breathless lines on Charlie Parker's "Bloomdido," serving up a brisk display of saxophone chops to close the album (otherwise, the songs are all self-penned). The disc opens with DiRubbo bouncing alongside confident trumpeter Josh Evans.  Drummer Rudy Royston establishes a crackling swing groove that never ebbs throughout the disc.  The spacious melody of "Curvas Perigosas" begs for a drum solo and Royston delivers a wonderfully bombastic display. Brian Charette steps away from his usual post at the organ bench for piano duties and offers up an impressive display of inventiveness and technique over Royston and bassist Ugonna Okegwo's pinpoint support. "Salter of the Earth" borrows too closely from Coltrane's "Naima," with its long-toned melody and hushed reverence, but the subdued tempo is a welcome break. All five members of the group are locked into their comfort zones here, but a few well-placed curveballs could have gone a long way.

Mike DiRubbo @ DownBeat
Hastily posted by Cult of SOC at 9:03 PM No comments: 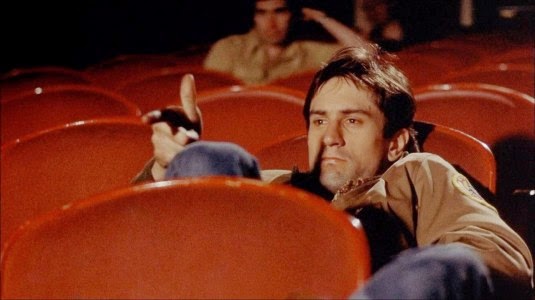 Even without having to finesse the varying preferences of friends, significant others and offspring, settling on what movie to watch can be a challenging task. Some people spend more time combing through their queue than actually watching movies, hemming and hawing over thousands of options before settling on something they've already seen. Leave it to Cinefamily to embrace that familiar level of indecision. The theater's Five Minutes Game has a simple premise: The theater will screen the first five minutes of 15 films, with the idea that every movie should be compelling for at least its first five minutes. After presenting those 15 obscure movies and dabbling in a little Memorial Day barbecue (BYOMeat!), the audience will finish watching the movie that garners the most votes. Democracy at its finest! 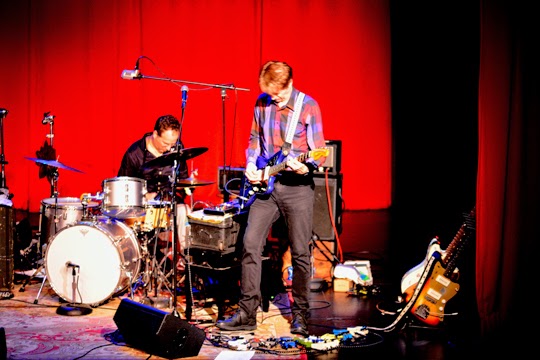 Nels Cline Singers
Largo at the Coronet
May 8, 2014
Nels Cline performs in a neatly tucked-in shirt, which is rare among rock gods. Now living in New York City, Cline grew up in Los Angeles, shredding his way through dingy clubs and gallery spaces for decades. Ten years ago, he joined the band Wilco, contributing a strange synthesis of Duane Allman and John McLaughlin to the band's expanding guitar brigade. His work on songs like "Impossible Germany" is undeniable, but Cline continues to make his own music; he has three albums out this year under his own name including the Nels Cline Singers' Macroscope, which came out late last month. Last night the act performed at Largo. To be clear, aside from a half dozen "oohs," there is no singing from the Nels Cline Singers. Instead, the group is a trio of instrumentalists: Cline on guitar, Scott Amendola on drums and Trevor Dunn on bass. For their night at Largo, they were augmented by Cyro Baptista, a witty rhythm man with a bottomless treasure chest of percussion instruments.The band opened their short first set quietly. The vigorous, string-snapping intensity would come later. Amendola kept the pace with unobtrusive brushwork while Dunn laid down a delicate support on his upright bass. Cline can summon moans and frenetic outbursts from his six-string guitar and half-moon of pedals. Few musicians can reference Ornette Coleman and Thurston Moore within a single set and still keep the crowd's head bobbing, but Cline is the man for the job. In front of his trio, he serves as more than a guitarist; he is a conductor, using his baton to corral sounds that aren't inherently musical. Rather than offer the audience witty patter, he twirled knobs while Dunn switched from upright to electric bass, generating intergalactic, oxygen-less fields before generating sounds that recalled the creaks of an abandoned factory. He segued seamlessly from a metallic and spacious aura to a terrifying and unfamiliar world of wrist cramps and whammy bars. His relentless attacks were cautiously distributed and hinted at a much stronger pulse than Cline's unblinking facade let on."Thurston County" devolved into unrepentant riff-rock over Baptista's hyperactive tambourine while elsewhere in the set the percussionist provided a propulsive attack solely on the triangle. The man had an assortment of tricks that held up despite their absurdity. He strangled squeaky toys and swung whirring tubes like a rally towel to generate a barrage of percussion that fit perfectly into the trio's tight interactions.Bassist Trevor Dunn got a few thumping solo opportunities but mostly stayed entrenched in the groove alongside Amendola. The two interacted with a workman's resolve. They generated a platform for Cline's abstract dalliances with soulful cool. The crew abruptly closed as sweetly as they entered with "You Noticed," skittering effortlessly into the ether less than an hour after starting.It was a pleasure to have Cline back in Los Angeles, however brief it may have been. He's a tremendous bridge between the jazzers and the rockers, offering a command of improvisational exploration while never giving up on the three-chord riff and a loud amp. Personal Bias: Weirdo jazz nerds of Los Angeles have begrudgingly shared him with the rest of the world and we're more than happy to say "told you so" as many times as necessary.The Crowd: Tall, skinny, middle-aged men, as well as the great Danny DeVito.Random Notebook Dump: Pity the poor bastard sitting behind The Melvins' Buzz Osborne. That silverback palm tree hair-do takes up a lot of real estate.

Nels Cline @ LA Weekly
Hastily posted by Cult of SOC at 10:58 AM No comments: