Charlie Hunter - All About Jazz 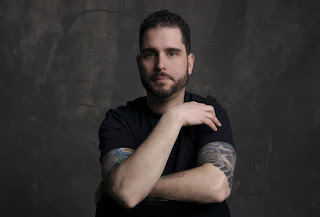 Gentlemen I Neglected To Inform You You Will Not Be
Getting Paid, recorded in Brooklyn last summer, is
seven-string guitarist Charlie Hunter’s 17th record as a
leader. For this outing Hunter plucks and strums his
way across nine radio-friendly tracks (only one is more
than five minutes long) with solid drumming from Eric
Kalb and the unobtrusive assistance of two trombones
(Alan Ferber, Curtis Fowlkes) and a trumpet (Eric
Biondo). The tunes, all written by Hunter, never stray
too far from a laidback groove that rarely enlivens the
pulse but still provides enough soulful riffage.
The seven-stringed guitar is divided into three
bass strings and four guitar strings, allowing Hunter to
occupy both roles simultaneously. His level of selfreliance
exists on a plane usually reserved for pianists
and organists. Hunter has made this technique a
permanent part of his sound, which, even in its
quietest moments, requires the utmost attention to
balance and originality.

The record opens with Hunter’s inimitable
interplay leisurely chopping out chords while his
thumb strolls below before the horns jump in with
brassy puffs of sound to fill out the tune. Throughout
the record the horn section mostly serves to backup
Hunter’s solos. Occasionally he lets them reach beyond
the charts and use a little soloing muscle but often
reins them in before they can go too far out. The record
serves mostly as a vehicle for Hunter’s likable blend of
R&B and jazz, supporting spacious guitar lines with
rock-solid bass. “High and Dry” shows off Hunter’s
ability to play brisk and drowsy simultaneously while
“Ode to My Honda Odyssey”, a tribute to his touring
chariot, allows Hunter to dig deep into a vibrato-laden
solo while the horns hover in the background, egging
him on.

The independent voices emanating from Hunter’s
amplifier sound more and more distinct with each
passing release. This record, with its vintage
instrumentation and production (“In glorious mono”
boasts the cover!) emphasizes grooves over flash,
proving that Hunter has yet to run out of challenges
for his over-worked fingers.

Charlie Hunter @ All About Jazz - New York
Hastily posted by Cult of SOC at 11:02 PM 1 comment:

Phil Woods - All About Jazz 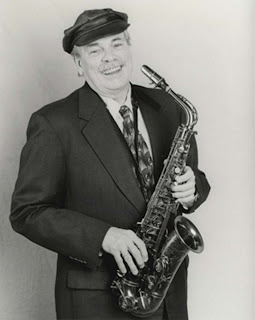 Bop master Phil Woods has still got all the gusto he
had when he blew into the Prestige studios over 55
years ago. At a weeklong appearance at Dizzy’s Club
last month the alto saxist showed off his effortless
versatility alongside his longtime, similarly grayhaired
rhythm section, swinging to a full house every
set. So it’s no surprise to hear him sounding equally
youthful on this pair of recent releases.

Solitude features a spry Woods fronting Chicago’s
massive DePaul University Jazz Ensemble playing ten
of the saxist’s tunes, recorded over three sessions
during the 2008-2009 school year. From the opening
sand-strewn pulse of “Brazilian Affair” to the
syncopated shout of “Ol’ Dude”, Woods keeps a strong
presence amidst the vibraphones, countless
woodwinds and bass trombones. The students, who
not only mastered the arrangements but also wrote
some of them, provide all the necessary support for
Woods’ bop-based flights while also contributing a
few solid solos of their own. “Song for Sass”, Woods’
tribute to Sarah Vaughan, features a great fluttering
solo from trumpeter Scott Dickinson while bombastic
closer “Mother Time” is highlighted by a confident
solo by vibraphonist Justin Thomas. Woods is
excellent throughout, playing breakneck wails and
great bop lines over the well-groomed collegiate
band’s swing.

Come Right In finds Woods transforming drummer
N. Glenn Davis’ Quintet into a sextet for only three
tunes on his newest release. In between the tight
ensemble works its way through a couple of standards
including a simmering “If You Could See Me Now”
and a collection of hard-swinging originals. The album
opens with “A Different Day”, a Blue Note-indebted
tune of breaks and riffs before eminence grisé Woods
gets first crack at a solo, wailing a way at a spiraling
jaunt through the burning changes. Barreling close
behind him is trumpeter Jack Schantz whose twisting
phrases drive the band even harder, popping up
throughout the record with succinct blasts from his
horn. From those opening three minutes the band
continues to drive for nearly an hour. “Just a Tadd”,
Davis’ tribute to fellow Clevelander Tadd Dameron,
features more alto expertise from Woods while the
bossa “Warm Smile”, with its literal nods to Jobim,
starts off slow before ending in a swinging cacophony
of dueling solos. Overall the album is a confident,
swinging disc. Davis has written some interesting
compositions, which benefit from the intensity of his
bandmates and boosted by the presence of Woods, but
are in no way lost without them.

Phil Woods @ All About Jazz - New York
Hastily posted by Cult of SOC at 10:56 PM No comments: