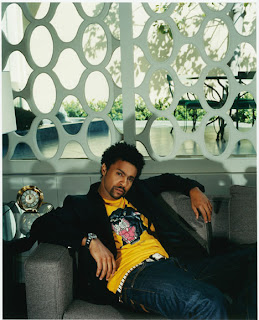 It’s that time of year when yellow, red and green overtake the streets of downtown and the smell of jazz cigarettes defiantly wafts above helpless ushers in the Long Beach Arena. This weekend, the two-day Ragga Muffins festival, formerly known as the Bob Marley Day festival, celebrates its 29th year of everything irie. Equally full of legends and newcomers, the festival is bound to provide enough dub, jah and riddim to keep most everyone happy until next February. Here’s who to look for:

GREGORY ISAACS Jamaican-born crooner Gregory Isaacs is the king of lovers rock. His pleading voice is as steeped in Philly soul as it is in the Kingston beat. Although his recordings have appeared on over 500 albums, Isaacs’ biggest success came when he cooed over a loping beat and synthesizer on his 1982 Island record Night Nurse, pining for a little love and medical assistance. After a debilitating addiction to cocaine—wherein he lost most of his teeth and hardened his vocal pipes—Isaacs returned to the concert stage and recording studio in the ’00s.

YELLOWMAN “Zungguzungguguzungguzeng” has to be one of the greatest song titles ever written. Cocky showstopper Yellowman barked his 1983 hit to widespread recognition, introducing his rapid-fire vocal style to a world of budding hip-hoppers who would later sample the hell out of it (e.g., Tupac, Biggie, Mos Def). In recent years, he has dedicated himself to singing about more spiritual concerns. Raised in a Jamaican orphanage, Yellowman is definitely reggae’s most successful albino/cancer survivor/sex symbol.

BARRINGTON LEVY Barrington Levy released his album debut at the age of 14. By that point, he was already a dancehall mainstay. By the mid ’80s, still only in his 20s, Levy had had a string of hits in Jamaica and the UK, including “Mary Long Tongue,” “Love of Jah” and “Robberman.” His swaggering vocals appeared on hundreds of singles before earning his Long Beach stripes by collaborating with both Snoop Dogg and the Long Beach Dub All-Stars in the late ’90s.

KEN BOOTHE Mr. Rock Steady is the elder statesman of this party. A veteran of the Trojan Records scene, Boothe began his recording career in the late ’50s. He found success several years later with a few laid-back covers of songs by Jackie Wilson and Wilson Pickett before striking it big with a reworking of Bread’s “Everything I Own,” which became a surprise #1 hit in the UK in 1974. His quavering, unmatched tenor and personal style should have made him a far bigger star than he was. Bonus points for being mentioned in the Clash’s “White Man in Hammersmith Palais.”

BIG YOUTH Jamaican DJ Manley Buchanan’s unmistakable squeal was first heard on 1972’s “The Killer.” From there he and his dreads toasted their way across Jamaica, eventually amassing seven singles on the charts at one time. Big Youth’s style of punchy riffing over producers’ tracks was a decade-early influence on the hip-hop movement. His grill, however, was an even bigger influence, with his teeth capped in the colors of the Rasta flag.

SHAGGY Gulf War veteran Shaggy was the most successful major-label bid at reggae marketing. “Mr. Boombastic,” his 1995 single, sold over one million copies in the US, leading to more than a fair share of vocalists imitating his Jamaica-by-way-of-Brooklyn baritone to considerably less acclaim. The 2000 radio mainstay “It Wasn’t Me” was an even bigger hit, juxtaposing Shaggy’s low-end with a straight-ahead R&B chorus. Not quite a one-hit wonder, Shaggy has made more money and sold more albums than the rest of the festival’s artists combined. Does this mean he’s a better artist? No, but he might be the only artist this weekend that your mom can sing along with.

Zungguzungguguzungguzeng @ the District
Hastily posted by Cult of SOC at 7:54 PM No comments: 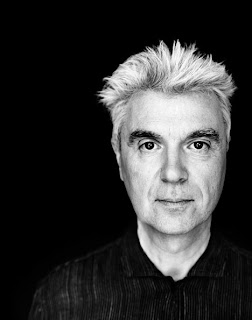 Last month David Byrne presented a trial run of this week’s TED lecture, “Creativity in Reverse,” for a full house of cross-legged beardos on a desolate strip in Brooklyn. Fittingly, after opening the microphone to a lengthy question-and-answer, it seemed more than half the questions were about bicycles. As hipster spokesperson for the pedaling masses, Byrne is known first as the lead singer of the Talking Heads, and second as a guy who likes to ride bikes (Academy Award-winning composer, conceptual artist and funky dancer round out the top five). Since the early 1980s he has been a fixture of New York streets, dodging potholes between art galleries and concert stages. Eventually he took to bringing a bike on tour with him as a way of seeing whatever paved location he found himself in that day. His newest book, Bicycle Diaries, is a scattershot tour of such far-flung regions as Buenos Aries, London and San Francisco as seen from a banana seat. Much like his blog of disjointed observations, Byrne takes on everything from the loneliness of Nazi war criminals to the history of PowerPoint, stringing them all together with a low-speed travelogue of the world’s unique offerings—Filipino karaoke stalls, Australian seaside cemeteries, Detroit’s industrial ruins, etc. His ruminations are insightful but occasionally a little naïve (or is it optimistic?), with an ample amount of profanity peppered throughout. Although he does not dedicate a chapter to Los Angeles, he makes numerous references to our “residential theme park,” where sidewalks abruptly end and people are imprisoned by their own cars—the seeming antithesis of his idyllic Manhattan lifestyle. Byrne provides a convincing argument for the role of the bicycle—both socially and economically—by addressing what has worked and failed abroad (more roads = more traffic jams!), as well as at home (bike lanes, bike racks). His 30-year perspective gives him credibility, while his eccentricities prevent the text from being overly preachy. Now, if only he could find a helmet that wouldn’t mess up his hair, everything would be perfect.


Bicycle Diaries @ the District
Hastily posted by Cult of SOC at 10:29 PM No comments: