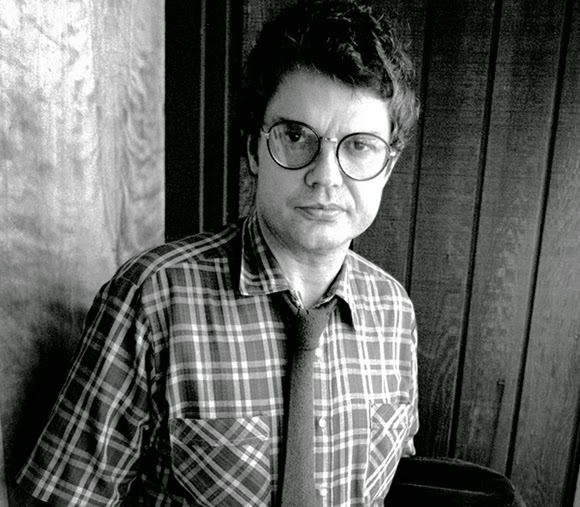 Charlie Haden, one of the most influential upright bassists in jazz and beyond, passed away Friday morning at the age of 76 at his home in Los Angeles from complications related to polio.
Few instrumentalists ever had as varied and consistently stellar a career as Haden managed. While his loss will be felt around the world, it resounds most strongly here because this was where he built his career and this was his home for decades. It would be hard to find a jazz musician or fan in Los Angeles who does not have a Haden anecdote.
Haden was born in Shenandoah, Iowa in the summer of 1937 to a musical family (The Everly Brothers were two other residents of that 5,000-strong town). He had been placed before a microphone when he was barely old enough to walk and continued to sing with the Haden Family Band until he was robbed of his ability to sing by polio at the age of 15. Without regard for the practical puzzles of toting an upright bass around for the rest of his life, Haden embraced the instrument and learned the intricacies of the rapidly changing role the instrument faced in a jazz context.
At the age of 20, he moved to Los Angeles and quickly established himself as an in-demand low-end voice. He worked with Central Avenue veterans Hampton Hawes and Art Pepper before embarking on a career-defining relationship with saxophonist Ornette Coleman.
The year 1959 was pivotal for jazz. Miles Davis' "Kind of Blue," Charles Mingus' "Mingus Ah Um," Dave Brubeck's "Time Out" and John Coltrane's "Giant Steps" elevated the genre out of the dancehalls and into the concert halls (for better and for worse). The fifth album of that elite class was Coleman's "The Shape of Jazz To Come" -- an undeniably confident statement that can still hit many listeners like a shrieking brick.
Coleman's quartet fused the post-bebop sounds of Charlie Parker with the collective improvisation of Louis Armstrong's early recordings and the avant-garde open-mindedness of 20th century composers like John Cage and Karlheinz Stockhausen.
Coleman and trumpeter Don Cherry redefined the concepts of form (free as could be) and melody (jarring and haunting) alongside drummer Billy Higgins' persistent ride cymbal and Haden's elastic foundation.
The quartet honed their sound in Los Angeles and recorded two albums (that used a total of four exclamation points in their titles) for local label Contemporary in a stockroom on Melrose Avenue before graduating to the more widely-distributed Atlantic Records. The quartet settled into Radio Recorders on Santa Monica Boulevard in the spring of 1959 to record what would become a lightning bolt of innovation and controversy. Jazz would never be squeezed back into the tube after that.
A search for justice and political awareness was always an aspect of Haden's belief system and incorporated it into much of his music (His Twitter feed was always awash in environmental causes too). Never was it more profound than with his Liberation Music Orchestra. The large, loose collective addressed topics like Che Guevara and the explosive 1968 Democractic National Convention through songs played on instruments both standard and unorthodox. His compassion shone via Carla Bley's astounding arrangements and the communal spirit of the time that embraced folk, jazz and any other sounds that could carry a message.
His bookish appearance fit him nicely when he took on the challenge of starting a jazz program at Cal Arts in 1982. It was one of the first of its kind anywhere and it quickly became one of the pre-eminent jazz studies programs in the world. Pianist and community organizer Gary Fukushima was one of those students drawn to Valencia because of Haden's teachings. "He helped me to see music as something I couldn't own, that didn't come from me, but instead something beautiful that comes from another place, through me and other musicians into the world."
Between classes, Haden honed his mastery of delicate intimacy with a string of piano duets with masters like Hank Jones, Kenny Barron and most recently Keith Jarrett. A disc of Jarrett and Haden's duets was released less than a month ago with the foreboding title "Last Dance." The two engaged in an informal stroll through a book of standards that sounds achingly poignant in light of his passing. Haden's resurgence of polio was yet to assert itself but not long after the recording his ability to play and even talk became incredibly difficult (A brief return to the stage at the REDCAT last year was whispered as a "catch him while you can" gig which seemed crass at the time and heart-rending now).
But the music will live on and his children have long carried the spirit of the Haden Family Band. The Haden Triplets (Petra, Tanya and Rachel) have amassed credits with bands like the Foo Fighters and Beck while Haden's son Josh, who bears a striking resemblance to his father, continues the family legacy on the upright bass and with his band Spain.
Trumpeter Daniel Rosenboom, who first met Haden as a child, summed up the master bassist's legacy with grace. "As a musical innovator, his importance cannot be overstated. As a human being, he gave joy, love and wisdom to people all over the world and inspired an entire generation of musicians to play with individuality and honesty. He will be sorely missed but fondly remembered and revered as long as there is music."
Charlie Haden @ KCET's Artbound (with audio clips)
Hastily posted by Cult of SOC at 11:11 PM No comments: 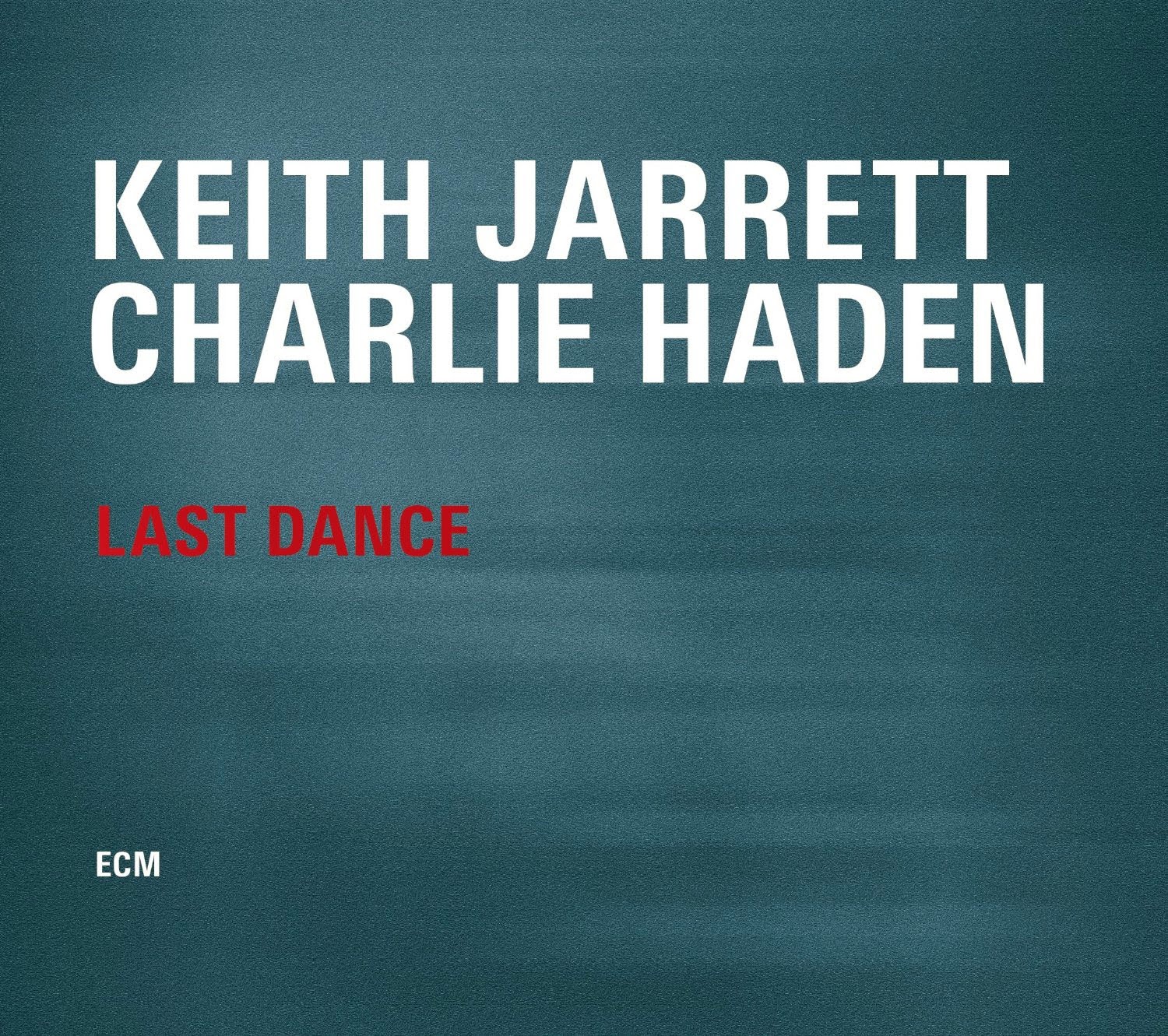 There is an uncomfortable finality to the title of this album - a finality that seems tacked on long after the recording date. Closing with Gordon Jenkins' "Goodbye" doesn't help. These informal duo sessions were recorded seven years ago, prior to Haden's much publicized health setbacks, and serve as a sequel to the 2010 duet release, Jasmine.

Jarrett and Haden go back much further than that, though. They first played together on record in the 1960s and all of the tunes on this album could have just as easily been played at that first dance.  With a few exceptions, slow and low is the tempo for the session with lengthy ballads like "Everything Happens To Me" and "Every Time We Say Goodbye" treated to passionate and achingly deliberate explorations.

Jarrett and Haden stretch out without feeling long-winded. They take their time through a setlist that feels driven by an open-ended feeling of, "Well, how about...?" The album is poignant and romantic, drifting along in no particular rush aside from one track - a lively take on Bud Powell's "Dance of the Infidels." Jarrett swings jauntily, dropping staccato clumps with his left hand while Haden walks. A 12-minute version of "It Might As Well Be Spring" follows and it is gorgeous in its unhurried familiarity.

There are some recording lineups that are simply impossible to imagine and then there are records liket his.  Anyone with a cursory familiarity with these two elder statesmen will not be surprised by these performances, but they will be completely satisfied.

Haden & Jarrett @ DownBeat
Hastily posted by Cult of SOC at 11:08 PM No comments: