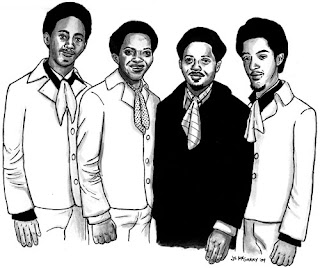 Maybe it’s the humidity, or maybe it’s the crawfish, but there is something in the Crescent City that makes everything undeniably funky. Ever since “Jelly Roll” Morton “invented” jazz behind moist brothel walls in the early 20th century, New Orleans has produced some of the most significant merchants of funk. The Meters, a powerhouse quartet forged by the spirit of Mardi Gras against the backdrop of the Civil Rights Movement, provided inimitable support for many of them.

Originally dubbed the Hawkettes, New Orleans royalty Art Neville (keyboards) formed the Meters in 1966 with session men 10 years younger than he, including George Porter, Jr. (bass), Zigaboo Modeliste (drums) and Leo Nocentelli (guitar). They became the go-to rhythm section for producer Allen Toussaint, who over the next dozen years had them backing definitive voices of New Orleans (Ernie K-Doe, Lee Dorsey, Dr. John, Professor Longhair), as well as a few red-coated members of the pop scene looking to acquire a little bayou authenticity (Paul McCartney, Robert Palmer, Peter Gabriel, Sting). Only 20 years old when he joined the band, Nocentelli was eager to learn as much as he could. “It was a great experience for me because it was a learning experience,” he says. “I learned how to arrange and structure songs. [Toussaint] helped me as a writer.”

Aside from backing some of the greater voices in New Orleans, the Meters were hit-makers in their own right. “We played at a club called the Nightcap,” Nocentelli recalls. “Everybody in those days used to open with a song called ‘Hold It.’ So I wrote a melody and introduced it to the guys. There was a dance at the time called ‘Sophisticated Sissy,’ so we called ours ‘Cissy Strut.’” A surprise instrumental radio hit, 40 years later any kid worth his weight in guitar strings knows the simple riffs by heart. “It was hard to be an instrumental group then. People like to hear lyrics and love songs; songs that deal with emotions. ‘Cissy Strut’ was a phenomenon.”

Pioneering house bands like the Funk Brothers at Motown and Booker T. & the MG’s at Stax paved the way for the Meters’ sound with their signature flair and consistency. What set the Meters apart from their predecessors was an earthiness and unrepentant funk few bands had ever exhibited. The guitar and bass were often doubled up, while the drums laid out a disjointed second-line rhythm that provided a gold mine for hip-hop producers several decades later. “When I was writing back then I didn’t know what the hell I was doing,” says Nocentelli. “It was creating a thing called syncopation. A lot of people used it back then in jazz, where you have the bass playing the melody with the guitar while the drums play something else.”

Not unlike the remaining Beach Boys and their myriad configurations (Family and Friends! Endless Summer Band!), these days everyone is capitalizing on their affiliation with the Meters: the Funky Meters, the Meter Men, the Original Meters, the Meters’ Experience. All these bands tour regularly and feature various original members. “They do their thing, and I do mine,” says Nocentelli. “Each one of us can’t help but take a piece of the Meters with any project we do. But we’re on good terms. Some of the old wounds are there, but whenever we can get together to play and make some money, you know, it’s all good.”

This week Nocentelli will be fronting his version of the Meters, the Meters’ Experience. Next week at the Long Beach Blues Festival Art Neville and George Porter, Jr. will appear on stage as the Funky Meters. But Nocentelli assures that he is the real deal. “When you hear me, you’re always going to hear the Meters experience. The Meters’ Experience is the music. Ninety percent of that music was me. No matter what I do, it’s going to sound like me.”

Go-To Funk @ the District
Hastily posted by Cult of SOC at 8:21 PM No comments: 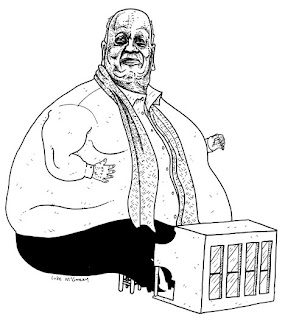 In the summer of 1969 the Les McCann Trio played the Montreux Jazz Festival backed by horn legends Eddie Harris and Benny Bailey. Without written charts or time for rehearsal, the minutes-old quintet hit the stage and recorded one of the most influential soul-jazz singles. “Compared to What” is a blistering shout of frustration that brought success to road-weary jazz pianist Les McCann, reinvigorated veteran pop star Eugene McDaniels and launched the career of soul great Roberta Flack.

Composed by his friend McDaniels, McCann’s version of “Compared to What” opens with a rollicking montuno before floating a reference to “Aquarius” over a wailing cowbell. From there the song turns into an unstoppable eight-minute freight train. McCann sings a series of confrontational verses (“The president, he’s got his war / Folks don’t know just what it’s for / Nobody gives us rhyme or reason / Have one doubt / They call it treason”), while in between the horns blast the soundboard into the red.

Part of the jazz generation that includes fellow pianists Ramsey Lewis and Gene Harris, McCann was raised on the sounds of Erroll Garner and developed an iron-fisted right hand that led to a string of releases on the Pacific Jazz label. His first album for Atlantic Records, Swiss Movement, was a live recording of his ferocious Montreux performance jump-started by “Compared to What.”

McDaniels got his start in the early 1960s with radio epics “A Hundred Pounds of Clay” and “Tower of Strength.” By the time McCann was playing his songs he had transformed from charming pop star to seething activist. McDaniels eventually went on to write “Feel Like Makin’ Love” for Roberta Flack, who had been discovered by McCann in a Washington nightclub and whose debut features a version of “Compared to What” released just two days before McCann’s incendiary set.

McCann’s interpretation is an invigorating marathon of soulful exclamations featuring great sax work by Eddie Harris. Two decades on, “Compared to What” still stands as one of the great live jazz recordings. And why not? He was only trying to make it real.

Improvised Icon @ the District
Hastily posted by Cult of SOC at 9:49 PM No comments: