As Long As I'm Vertical - The District 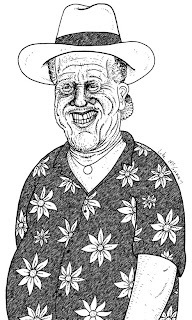 Running a jazz club isn’t the easiest way to take home wheelbarrows full of cash. Fortunately, Long Beach has the determined Al Williams—consummate drummer, passionate raconteur, wheelbarrow-less entrepreneur. Starting out in the ’70s drumming with some of the best hard-bop talents to survive the ’50s, Williams toured regularly with titans of the Central Ave. scene: Hampton Hawes and Teddy Edwards, as well as tenor sax heavyweight Eddie Harris. “Eddie was a master,” recalls Williams. “He could do anything he wanted on stage. He could play a saxophone with a trumpet mouthpiece!” After meeting and marrying a local girl, Williams became a permanent resident of Long Beach, choosing the comforts of his new home over the lonely road.

The Jazz Safari, Long Beach’s “first jazz club,” opened in 1978 across the asphalt from the Queen Mary. “Al created and designed a very special listening and performing environment. It was like working in an acoustically correct, intimate, warm and comfortable living room,” recalls vocalist Bev Kelly. Williams successfully ran the club for eight years before packing up the piano and moving to the other side of the ship. In 1987, Williams opened Birdland West in the heart of downtown. Bigger and more ambitious, the club managed to survive seven years of great performances before closing. The same year he started Birdland West, however, Williams decided to resuscitate his idea for a jazz festival.

Last August, Williams’ longest-running venture, the Long Beach Jazz Festival, celebrated its 22nd consecutive year. “I wasn’t even thinking about how long it would last,” he says. “I’m just really pleased that it has gone as well as it has.”

Attracting some of the biggest names in jazz (both smooth and straight-ahead), Williams has managed to find a profitable business plan in something he is passionate about. His work has introduced great jazz to Long Beach for over 30 years, becoming an institution in the process. “I’ve had a great career,” he says. “And I’m looking forward to continuing on this venture as long as I’m vertical.”

As Long As I'm Vertical @ the District
Hastily posted by Cult of SOC at 10:18 AM No comments: 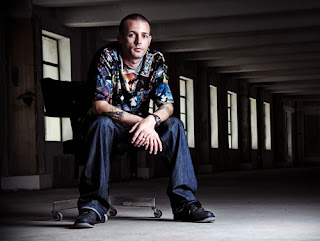 Hip-hop MC and Long Beach native LMNO is a slave to the studio, with a bounty of recordings scattered across laptops and iPods just waiting to be unleashed. In the 20 years since he appeared in the video for D.O.C’s “Formula” as a pivotal member of the new hoods on the block, LMNO (aka James Kelly) has stalked the stage, making a name for himself among the West Coast underground, most notably as a member of the Visionaries. His new release, Devilish Dandruff with Holy Shampoo, was recorded entirely online, with French producer Yann Kesz laying the sonic foundation 5,500 miles from where LMNO would drop his lyrics.

The District Weekly: Do you find there is a particular style associated with Long Beach hip-hop?
LMNO: No I don’t. [. . .] As diverse as Long Beach is, it can’t strictly produce “a particular style,” which helps make the city what it is—the International City.

What did you take away from your affiliation with NWA?
Running with DJ Speed was a crazy experience for me as a kid in junior high. At that point in time I wasn’t thinking about anything but getting to high school to graduate and then begin this journey that I’m on now. Business-wise I saw success, and with that success comes a sacrifice that most aren’t willing to pay. Music-wise I saw the power of words, which help manifest my destiny.

Where is hip-hop heading in the ’10s?
I can’t predict where hip-hop is heading, but I know if the world hasn’t crumbled and the order/chaos as we know it is still in effect, then it’s safe to say that hip-hop will continue to grow and be that voice for the less heard.

Are there upsides to producing via e-mail?
One of the upsides of Internet producing is traveling costs are reduced.

And the downsides?
One of the downsides is the lack of human interaction. I, as of early November, still haven’t met or talked with Yann Kesz, and we have been working on Devilish Dandruff for a few years now.

What’s the origin of the album title?
I was getting some ink done by my friend Edgar, and he was telling me about his most recent trip to Mexico and how he heard the border patrol calling cocaine “the devil’s dandruff.” The day before, I recorded a song titled “Cocaine,” so the play on words began. And here we are.

What can we expect from the upcoming release show?
The show has Declaime, who has a new LP out titled Holy Smokes produced by Georgia Anne Muldrow; Kev Brown will be in from Landover, Maryland (he also has a new LP out titled Random Joints); and J.Rocc and Babu bring that Beat Junkie Sound every time! DJ Orator will bless the turntables, as well. The party is hosted by the legendary Mike Nardone. I think it’s safe to say: expect a good time!

What’s next for LMNO?
Touring to promote the record, branding myself and building awareness! Adding more order to my chaotic unreleased catalogue. Also check for Economic Food Chain Music Group (efcmg.com), which is a production company I started with Bixby Knolls native Jon T.

Describe your perfect day in Long Beach.
The Funk Fest was a near-perfect day, but that doesn’t count. Okay, let’s see. Waking up early at the Queen Mary Hotel with my family, then getting a plate of breakfast at the Potholder, then going off to record at the Greenshack studio with EFCMG, then getting some good food at Zephyr. After, I return to the shack and keep tracking ’til it’s time to go to the Rhythm Lounge and rock a live set.


Remotely Controlled @ the District
Hastily posted by Cult of SOC at 9:07 AM No comments:

Let Go And Be Sweet - The District 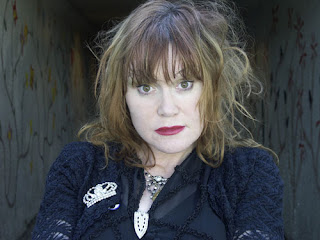 Of all the bands that helped define the Los Angeles punk movement of the ’70s and ’80s, only X managed to amicably rock their way into the 21st century to larger crowds and consistent acclaim. With a signature blend of rockabilly strut and relentless thump, X was defined by frontwoman Exene Cervenka’s bedraggled shout and captivating stage presence. Now in her 50s, Cervenka has become a grande dame of the scene, only recently returning from a four-year sojourn to the Midwest in attempt to find a little peace and quiet. Accompanying her return is her first solo album since 1991.

Christine Cervenkova was born in Chicago, Illinois, in 1956 but spent her teen years in Florida. Under-stimulated and overly ambitious, Cervenka longed to escape to somewhere more amenable to her desires. New York-based session guitarist RK Watkins, a high-school classmate of hers, recalls that “she never exhibited any musical tendencies in school. It was before punk rock, the tail end of glam. Back then she was just a real fashion queen.” So at the end of high school, with a suitcase full of hair dye and Salvation Army dresses, Cervenka hit the road with a friend bound for Los Angeles—as good a place as any to pursue her wild-eyed dreams.

In Los Angeles she found her calling, befriending bassist/songwriter John Doe, with whom she formed a band—and married. X played the crustier dives of the Sunset Strip before a chance meeting with bespectacled Door Ray Manzarek, who offered to record the band’s first album. “He came to see us play at the Whisky,” Cervenka recalls. “He came backstage and said he wanted to work with us. We were part of musical history just for being in the club, and it made us profoundly thankful to work with him. It was a magical moment.” Their partnership lasted through their first four albums, resulting in classic anthems like “Los Angeles” and “Johnny Hit and Run Pauline.” Although X never reached superstardom, their influence echoes through any band with a twang and a pulse.

After nearly 30 years in Los Angeles, Cervenka needed a change of scenery. In 2005 she left her smog-ridden home for the wilds of Missouri, where she spent her time engulfed in creative pursuits. “That’s pretty much all I did for four years: practice guitar and focus on making art,” she recalls. “I just focused on making stuff.” The result of that sabbatical is Somewhere Gone, recorded sporadically last winter.

A far cry from her throat-thrashing in front of X, Somewhere Gone is a quieter album reflecting her countrified confines. Cervenka strums her way through 14 songs of Americana-drenched instrumentation and tight vocal harmonies touching equally upon love and loss. Acoustic and intimate, the album rings with an honesty no less passionate because of its reduced decibels. To promote the album, Cervenka will be appearing at Alex’s Bar with members of Los Angeles-based alt-country stalwarts Dead Rock West, including silky-voiced crooner Cindy Wasserman, who appears throughout the new album. “[People] are not coming to the shows expecting to hear a loud rock band,” Cervenka says. “They don’t know what to expect at all.”

Despite a recent diagnosis of multiple sclerosis, Cervenka remains upbeat about her health and is focusing on unleashing a newfound sense of creativity. “I am really enjoying being back here. I’ve been doing a lot of recording. It’s extremely rewarding to be back in a community of musicians,” she says. “We’ve recorded two new X songs for Christmas. I’ve recorded some songs just to do it. It’s been great.”

Let Go and Be Sweet @ the District
Hastily posted by Cult of SOC at 7:28 PM No comments: