Way Out West - The District 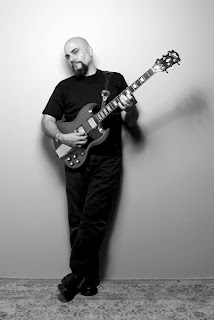 Jimmy Vivino recently moved to Los Angeles to become an integral part of the Tonight Show Band along with the rest of the Conan O’Brien crew. For 16 years he was the associate music director of the Max Weinberg 7 while maintaining an active musician’s life in New York, working with legends Levon Helm and Al Kooper. This weekend, he’ll appear backing blues greats Hubert Sumlin and Willie “Big Eyes” Smith. A lifelong Yankees fan, Vivino speaks only hours after meeting Joe Torre in what is just another day at the office.

The District Weekly: How did you end up in the Max Weinberg 7?
Jimmy Vivino: Basic New Jersey mathematics. We had a band together called Killer Joe—a jump blues band. Mark Pender and my brother Jerry were in the band. Mike Merritt played bass. That band split up, and I ended up out west with Clarence Clemons. We rounded it out with La Bamba—another Jersey legend. We pieced together this band for the Conan audition and got the gig. Who would have thought it would last that long?

You had experience playing on several TV shows before Conan, including your brother’s program—The Uncle Floyd Show.
It was pretty wild. We got to play with the Ramones. I didn’t know the Ramones were this big band. I got to know those guys pretty good. Joey Ramone had the best record collection in the world. The Floyd Show—it was punk TV. David Bowie was a fan. Floyd would buy time from the cable station and do what he wanted.

Was it a difficult decision to come out West?
It doesn’t get any better for a musician who wants to work as a musician, not as an artist. This is a working job. There aren’t many, and this is one of the top ones. How could you not do it? Leaving New York was not easy after living there all my life, but so far, so good.

What is the most surprising song you’ve played on Conan?
For me it was probably when Howard Stern wanted a Rob Zombie song. It’s not like everything you listen to is the only thing that’s good. That had to be the one. I was like ‘Why do we have to do that?’ But the guest hardly ever has a say. The situation has been changing with publishing problems. We’ll probably be writing more music.

How do you plan to keep up your activities in Los Angeles?
When I can get there, I get there. I’m up in Woodstock on July 4. Staying busy is the most important thing in this business. I’m putting a lot of faith in the airlines these days. I play every Wednesday at Cozy’s in Ventura. I’m running back and forth to the East Coast.

What is your plan for the Bayou Festival?
Hubert Sumlin called me and asked me to put something together for him. I found out Willie Smith was on it, too. I spent a lot of years backing up Lowell Fulson, Johnnie Johnson, Son Seals. I have a real affection for those guys. [Sumlin] is the guy who created the guitar sound we’re all using today.

What is it like getting to play in bands with idols like Al Kooper, Levon Helm or Hubert Sumlin?
The thing with that is you grow up looking over the fence. You want to get into the game, but the kids are too big. You think you can play, but it’s very rare that you’re ready and then down the road you find you are ready and they throw you in the game. The idea is to just get out there and become a peer instead of a fan. I’m always trying to sit on that fandom part of playing with people that I respect so much. Luck is easily 50 percent of it. As Yogi Berra says, ‘The other 90 percent is talent.’

Way Out West @ the District
Hastily posted by Cult of SOC at 9:36 PM No comments: 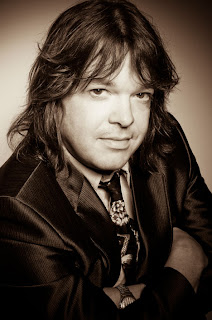 Country music has never been much for virtuosity. Aside from Chet Atkins, few grass-fed stars get by on chops alone. Country musicians are first and foremost storytellers—road-weary troubadours spinning tales of women, whiskey and woes. Virginia-raised songwriter Mike Stinson sings lived-in stories that sound best filtered through a screen of chicken wire, coursing over a bed of broken beer bottles and drunken tears. With his long hair and faded blue jeans, Stinson more resembles a canyon-dwelling Neil Young than any hippie-stomping country pioneer. Appropriately, his sound does not draw solely from the Stetson crowd but all of rock ‘n’ roll, from the rusty-stringed warblers of 1950s Chicago to the slick-haired, hip shakers of the humid South.

“My favorite writers include Merle Haggard, Willie Nelson, Bob Dylan, Neil Young, Harlan Howard and Dallas Frazier,” says Stinson, listing merely a handful of the greatest American songwriters of the past 50 years. Despite the fact that his list is rather Opry heavy, when his band really gets cooking they can take on a heavy Chuck Berry pulse that blends honky-tonk influences from both sides of the tracks, creating a modern amalgam of popular song that has been fermenting since the Band broke out of Canada.

Stinson’s vocals, an earthy blend of mid-’70s Dylan and tar-coated Haggard, are pure twang, with “gits” and “’rounds” chopping words down to their most essential syllables as guitar lines twirl by in fluttering triplets. Stinson’s stories are ably supported by a solid backbeat and thumping bass, with only the occasional guitar solo drawing attention away from the vocals. And his own guitar work meanwhile is minimal, mostly strumming chords with rhythmic consistency.

When Stinson arrived in Southern California, country music was dominated by Billy Ray Cyrus and Garth Brooks. During the past 18 years, he has witnessed significant changes in the musical landscape, but locally things still remain challenging for a twangy gent like himself. “The state of country music in LA is largely neglected,” he declares with equal parts acceptance and disappointment. Aside from the hard work and harder drinking of the Bakersfield scene, Southern California has never treated its country stars with much respect, but Stinson has managed to scratch out a little well-deserved recognition. Billboard’s Chris Morris referred to him as the “leading LA light of the moment,” while rock-crit godfather Robert Hillburn described him as “one of Los Angeles’ best-kept musical secrets.” And all of this for a man who has largely earned his reputation from the stage rather than the stereo.

Stinson’s most recent record, Last Fool at the Bar, was released in 2005. He has a new album in the can but has yet to find a distributor. “No release date yet, but it won’t be long,” he promises. Evidence of his status among musicians, however, is abundant. Both Dwight Yoakam and Billy Bob Thornton have recorded his California ode “Late Great Golden State,” while Willie Nelson has been known to keep a copy of Stinson’s first album Jack of All Heartache in his touring bus.

If everything goes as planned, Stinson will share a wealth of old and new three-minute gems, providing the perfect soundtrack for a booze-drenched fist fight or an awkward spin across the bar floor. “Next for me is the release of The Jukebox in Your Heart. We will tour as far and wide as possible to promote this record that we’re very proud of.” His conquering of the world is going to start locally first, though, and for all the rickety stages Stinson and his band have pummeled, they have never tackled Long Beach’s finest miner-themed bar. “This will be our first time at the Prospector,” he says. “Our ‘special plan’ is to make the show on time and remember our songs.” Who could ask for anything more?

Bed of Broken Beer Bottles @ the District
Hastily posted by Cult of SOC at 8:36 AM No comments: 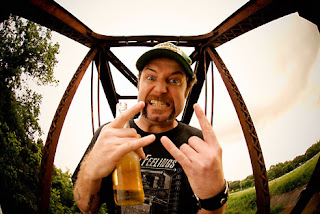 When the White Stripes and the Black Keys grabbed attention beyond the shores of their Great Lakes, audiences marveled at the primitive strut blasting from a set of drums and a fuzzed-out guitar. These bands could tour in a sedan and rock the hell out of any-sized stage, while Austin native Scott H. Biram could tour on a bicycle. The self-proclaimed “Dirty Old One-man Band” plays a mean country-blues like a sleep-deprived Son House driving the General Lee, blazing through barren landscapes of tumbleweeds and asphalt with a mouthful of chaw and a belly full of speed.

For many people, the idea of a one-man band is a gimmick of technological prowess, best left to boardwalks or any other surface that can support an up-ended hat. Part manic sideshow, part split-brained ingenuity, the songs rise to the surface in the most unadorned of musical expressions while the performer breathlessly juggles a thousand responsibilities. Without an additional set of hands, the performer is forced to convey the message in a fit of self-reliance, beholden to no one and compromising very little—no scheduled rehearsals, limited phone calls and no sharing of groupies.

Shrouded in a trucker hat and muttonchops, Biram is a fierce performer releasing the strength of a thousand strings through one battered Gibson, his hands alternately strumming and picking behind his charcoal-filtered growl, singing of fast women and faster cars. At the same time, his amplified left foot fulfills the drummer’s role, ingeniously making the most of a nearly involuntary action. He is a modern troubadour, beaten by the road but determined to get in a few licks of his own.

As the sound of permanence buzzes around the Queen Mary (who gets a tattoo on a ship?), Biram will churn his chug-a-lug guitar for the early-rising, ink-stained masses. His sound is the accumulation of a thousand years of hard-drinking storytellers, reliant solely upon themselves and enough gasoline to get to the next gig. Few people have the coordination to accomplish such a feat, let alone say something worthwhile; Biram gets it all done with one limb to spare.

Chug-A-Lug @ the District
Hastily posted by Cult of SOC at 2:54 PM No comments: